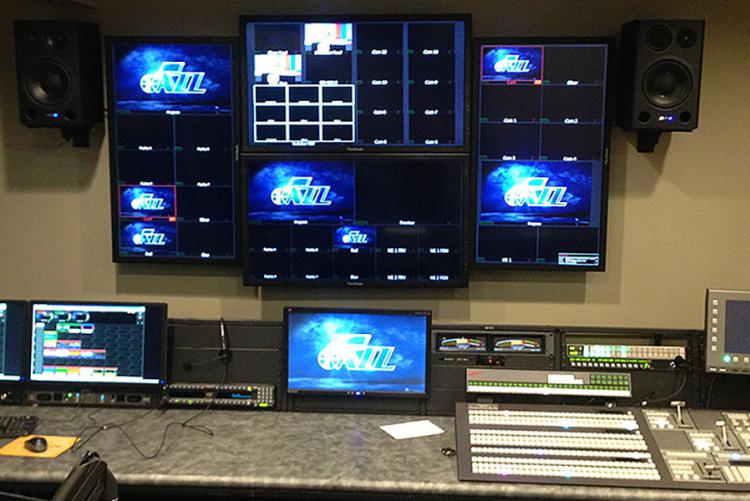 Our Fans Deserve the Best

Back in June, we announced plans to put in a new video-display system as part of $15 million in renovations for EnergySolutions Arena,” said Frank Zang, VP Communications, Miller Sports Properties. “It debuted here in October, [and] the video screens have been a roaring success.

We believe our fans are number one in the NBA, and their number-one request to us has been to improve our video capabilities,” says Zang. “Our existing system had been in there since 2001. We basically increased the viewing pleasure of our fans from 400 to 2,900 sq. ft.

EnergySolutions Arena completed its revamped video-display system prior to the 2013-14 season. The project also included an upgraded audio system to complement the video, producing high-quality sound for Jazz games, concerts, and other arena events.

It’s truly changed the way people are experiencing games in our arena,” says Zang. “It takes a best of both worlds in the sense that it’s an atmosphere where you want to be in the arena because of the enthusiasm and energy of the live action but you also get that HD home experience now as well with the super-size screens.

A Word from Our Clients

Working with Alpha Video has been exceptional. Alpha has been there every step of the way.

It has been an outstanding partnership with Alpha Video on this historic installation. At every point of the project, the Twins have felt like Alpha has taken great ownership in this highly visible piece of Target Field.

Alpha Video was selected based on the company's highly competitive bid, extensive experience with collegiate arenas including those at the University of Nebraska and the University of Kansas and strong knowledge of arena technology and integration of their product.