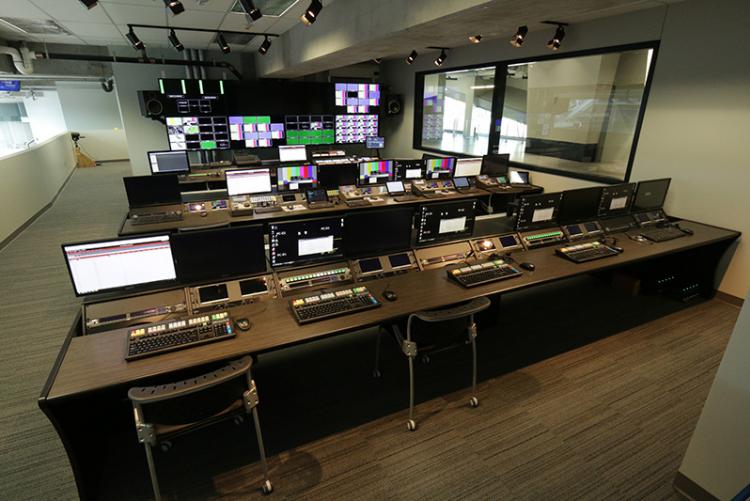 The 4K technology and infrastructure project completed by Alpha Video Sports at U.S. Bank Stadium in Minneapolis is reviewed in TV Technology Magazine.

Highlights of the article are below and the entire article can be read at:
http://www.tvtechnology.com/resources/0006/4k-standard-at-new-vikings-st...

These 4K feeds are delivered to the Viking’s master control room on the stadium’s upper level, which is equipped with a Ross Acuity video switcher and Evertz EQX router. This is where all of the in-stadium display feeds, streaming video feeds, and social media live content are produced. The control room is also equipped with four EVS XT3 instant replay stations; three in 1080p and one in 4K. All four can access, record and playback content sourced from the stadium’s 18 Sony cameras.

“It is the 4K instant replay system that provides real value for the Vikings,” Cating said. “Using the ‘region of interest’ feature, we can zoom in on any part of the picture and review the play. This can be particularly vital during contested calls, when the referees, teams, and fans want to see what happened on the big screen.”

Again, this content is shared with the Viking’s NFL broadcast partners via cabled connections. “We have been careful to plan for future demand by installing an Evertz router that has room for additional 4K and 1080p signal paths,” Cating said. “Right now we have three 4K paths and 12 1080p paths in each direction between master control and the truck bay, but there is room for expansion as the needs grow.”

The Vikings’ master control room also provides 1080p content that is vitally important to the team. “For instance, the main LED game board is served in 1080p, which is natively produced in that format,” said Jeffrey Volk, vice president for Alpha Video Sports & Entertainment Group. “Meanwhile, we are shooting and producing content in native 4K for the broadcast production trucks, and for mobile content delivery.

“That’s where the real challenge lies,” Volk said. “This facility has to work comfortably in 4K and 1080p, mixing 3G baseband and fiber transports along with Aspen-based IP transports to move content throughout the facility.”